Since going to the National Baseball Hall of Fame this summer, I can’t help but think of something entirely different when I read about dugouts in All Quiet On The Western Front. So I thought I would share some brief musings about sports during the war.

In his article “On Account of War” Matt Kelly speaks about how different the American attitude was towards baseball during WWI then how the game was seen during WWII. In the second war it was more a morale booster due to President Roosevelt’s “Green Light” letter. However, by the spring of 1918 many minor leagues had already closed down as American lives were now engaged in the fight. A lot of Americans were upset that major league players were exempt for the time-being from serving overseas. So, by the end of July 1918 the “work or fight” order issued to all “non-essential” activities applied to major league baseball players as well. This of course speed up the season, and put a temporary halt on the game being played in the States.

The picture of the baseball below is from one the last games before both the American and National Leagues had to quit playing. The game was between the Detroit Tigers and the White Sox.

However, I know in this class we are mainly focused on Europe’s involvement in the Great War. Therefore, I would like to draw your attention to Sainsbury’s Christmas Advert that came out in 2014. I just posted a picture of it here, but there is also a full video on Youtube that I enjoyed watching and you might too.

Now the advert is definitely a nicer depiction of the Christmas Truce that happened in 1914 which we discussed briefly in class on Tuesday. I won’t go into too much detail because hopefully we will get into this subject more when we get closer to Christmas (103 days people!) The commercial however, is accurate in portraying the soccer matches that went on between the opposing forces (in some places, the said “truce” was not ubiquitous by any means as certain sectors were still entrenched in combat.) I would also like to highlight that the year this advertisement came out was the 100th anniversary of the truce. Additionally,  the advertisement was made in partnership with the Royal British Legion, who can be distinguished by the red poppy, as they work with the United Kingdom’s active military and veterans.

Thank you for putting up with my indulgent side as sports is one of my favorite subjects to talk about. Please feel free to contribute if there are any other sports buffs that see where the lines of history and sports often collide. 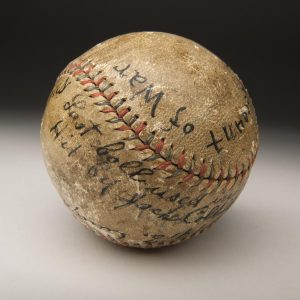 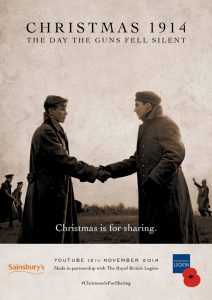 3 thoughts on “Sports during the Great War”