I read this in the most recent issue of the New Yorker and thought some of you might want to also, as we are now just shy of a week from the anniversary of Armistice.  The article covers history about that event (how was the Armistice forged? what happened in the days before it? what were some of its terms?) and more broadly (why did the Germans feel confused and angry at the Armistice)?  Additionally, it touches on propaganda, attitudes toward the conflict, and the role of African American troops, which is a topic we will be turning to with our next book.  Warning: parts will make you angry:

Okay, so that medal. THAT medal. I can’t be the only one disgusted by it. A war FOR civilization? C’mon. I’m not that stupid. Propaganda at its finest, folks. 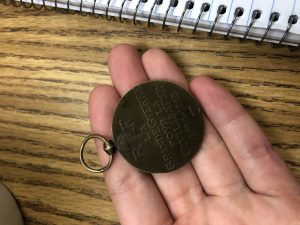